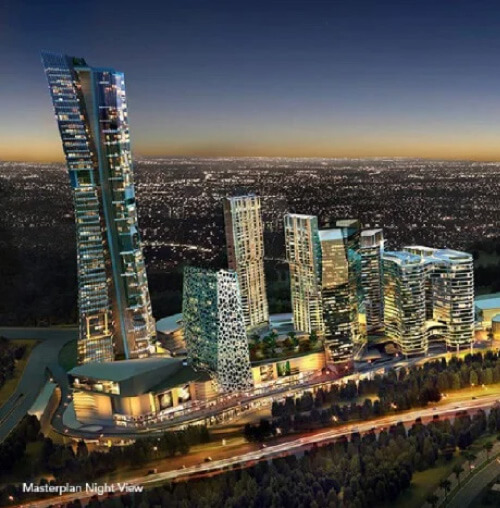 Damansara Avenue, located in Bandar Sri Damansara was first launched in 2010 starting with Ativo Plaza and Azelia Residences, both of which have been fully sold and completed.

Azelia Residences has 250 units of serviced apartments. The units were sold in 2011 at about RM400,000 (the smaller apartments) and completed in 2014.

Damansara Avenue underwent a revamped when it was announced that a mass rapid transit (MRT) station (MRT Line 2) would be located opposite the development. The new masterplan was unveiled in 2017.

Lee said the construction of the proposed link bridge connecting to the Sri Damansara Sentral MRT station is slated to commence in the fourth quarter of this year.

The 48-acre mixed-development super-hub as it is known, comprises residential, offices, retail, hotel, sports complex, entertainment, a performing arts centre, and a signature tower, with a GDV of RM7.6 billion. The developer recently achieved a new milestone with its topping-out for Ativo Suites, the second residential project in Damansara Avenue, and the first product under the revamped masterplan. "To see Ativo Suites take shape has been a joy. We are proud to have made it to the top of the project and are very encouraged by the strong take-up rate since its launch," he said. According to him, the two-tower Ativo Suites (Tower A & B), with a GDV of RM550 million has recorded a take-up rate of 90 per cent and are on track to be completed by the end of this year.

Lee said the phenomenal response the group has received only reiterates the value and potential of the development, as well as its excellent track record. "We are confident that Ativo Suites will live up to the expectation of all our purchasers," he said in a statement. Ativo Suites comprises a total of 668 serviced apartments and has a gross development value of RM550 million. The units, with built-ups ranging from 499 to 1,498 sq ft, were launched at prices starting from RM481,800 to RM1.52 million.

The preview for Tower B was held in the third quarter of 2017 while Tower A started selling a year later. Construction commenced in June 2017. A multitude of sky facilities – the very first in the mature neighbourhood of Bandar Sri Damansara – has been designed to complement the multi-faceted lifestyle of its inhabitants. There are about 53,000 sq ft of facilities spread out across five different levels, including the rooftops of both Ativo Suites’ towers. Image taken from damansaraavenue.com.my

There are about 53,000 sq ft of facilities spread out across five different levels, including the rooftops of both Ativo Suites' towers.

Ativo Suites centres on accessibility and convenience. It is flanked by two vibrant retail and dining hotspots, namely Ativo Plaza and the newly established DA Square.

Lee said the project is a public showcase of the developer's commitment to delivering homes of exceptional style and craftsmanship, in accordance with the requirements of BuildQAS.

A stringent assessment comparable to that of the Construction Quality Assessment System (CONQUAS) used in Singapore, BuildQAS benchmarks the handover quality of a newly completed building.